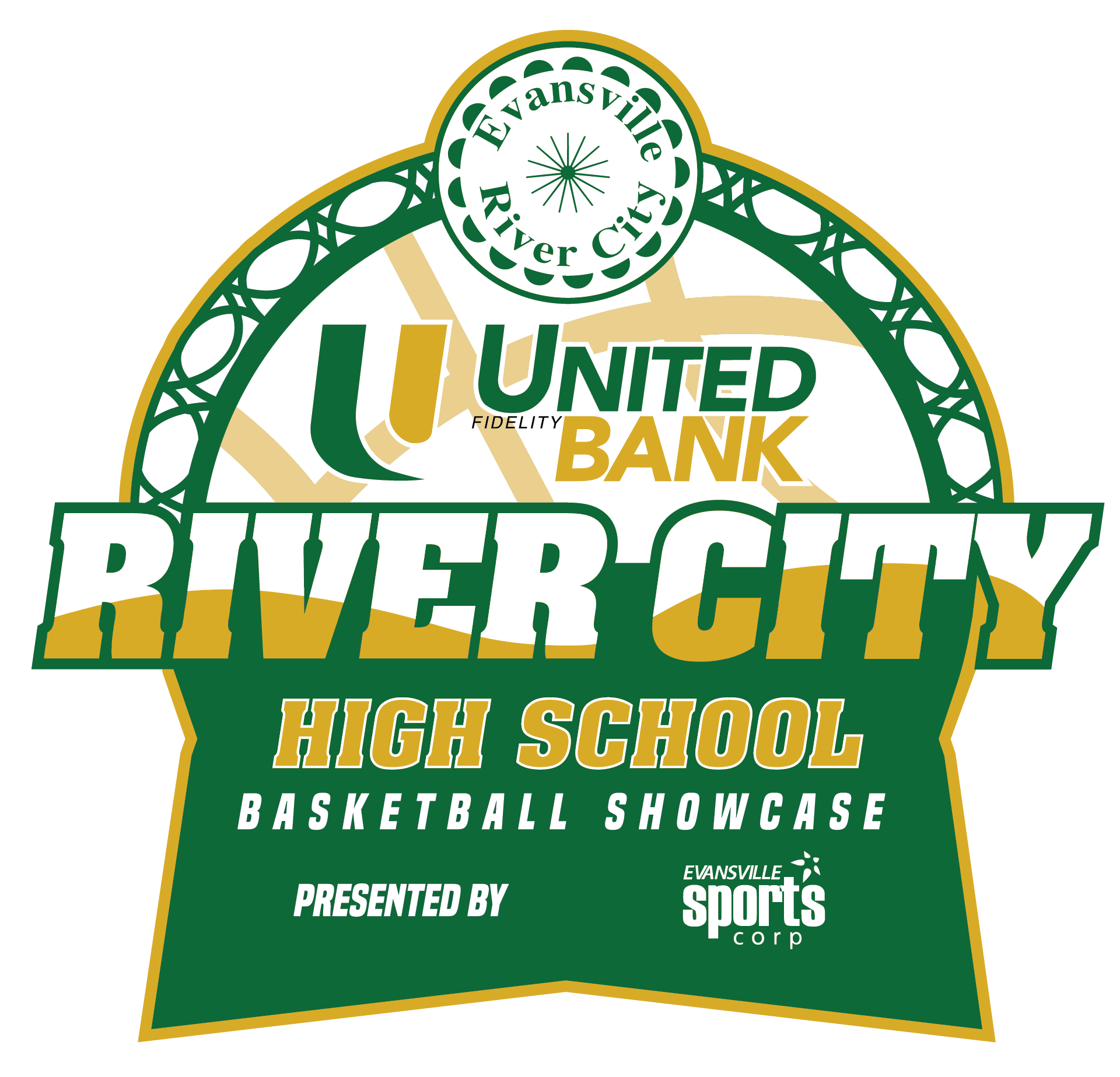 Evansville, IN- The Evansville Sports Corporation is pleased to announce United Fidelity Bank as the title sponsor of the inaugural River City High School Basketball Showcase. The event will be held December 7-8 at the Ford Center in Evansville. All eight Southern Indiana Athletic Conference (SIAC) school’s varsity boys’ basketball programs will match up with an area opponent. Tickets will be $10 and go on sale Thursday, September 27th at the Ford Center Box Office and Ticketmaster.com. Tickets may also be purchased through each school’s athletic department and proceeds will benefit each institution.

The United Fidelity Bank River City Showcase will be the first-ever high school basketball event held at the state-of-the-art Ford Center, since it’s opening in 2011. The showcase will bring high school basketball fans from the region to the Ford Center for some exceptional competition. Bragging rights and school pride will be on the line as student-athletes compete with the support and presence of each school’s pep bands, cheer and dance teams, choirs, and student fans. The Evansville Sports Corporation is launching this event in collaboration with the City of Evansville, Ford Center, Evansville Vanderburgh School Corporation (EVSC) and the SIAC.

Eric Marvin, Executive Director of the Evansville Sports Corporation said, “Experiencing Indiana high school basketball in the Ford Center is going to be special for both the student-athletes and fans. Hosting this event would not be possible without the support of United Fidelity Bank, the City of Evansville, Ford Center, EVSC and SIAC. We are very grateful for all of their efforts to help create this unique opportunity for the high schools and basketball fans in the region.”

United Fidelity Bank is a premiere banking institution that has provided financial services to the Tri-State since 1914. United is headquartered in downtown Evansville within walking distance of the Ford Center. UFB has a total of 18 banking centers across the country with 8 of those located within our local community. United Fidelity Bank’s mission is to provide their customers with excellent customer service while meeting their financial needs and giving back to the communities they serve.

Don Neel, President and Chief Executive Officer of United Fidelity Bank said, “We are excited to be a part of the River City High School Showcase. United Fidelity Bank has always been passionate about youth sports in the community. Being able to bring high school basketball to the Ford Center for the first time ever is great for the Tri-State region and we are looking forward to a great event.”

The Evansville Sports Corporation is a 501(c)3 Not-for-Profit with the mission of enhancing Southwestern Indiana’s economy, image and quality of life through the attraction, promotion and development of high profile, signature sporting events.