Courtesy VenuWorks of Evansville, LLC The Ford Center at night 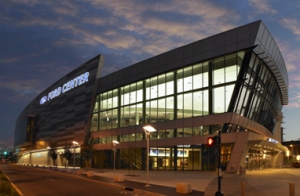 By John Martin of the Courier and Press

A figure-skating competition that’s coming to the Ford Center June 21-25, 2017, is being called the biggest sporting event the region has ever hosted, with more than 5,500 hotel room nights booked in Evansville and surrounding communities.

The 2017 National Theater On Ice Competition will be hosted by the Evansville Sports Corp. and the Greater Evansville Figure Skating Club. The local club will soon compete in this year’s national competition, in Birmingham, Alabama.

Theater On Ice is a form of competitive figure skating that also includes theater and dance. It incorporates music, choreography, costumes and emotion to play out a story. Scores are given by judges from U.S. Figure Skating.

The Hilton DoubleTree under construction in Downtown Evansville is already sold out for next summer’s event.

“This is a major win,” Evansville Sports Corp. Director Jason Sands said of snagging the competition. “Without the Ford Center and attached DoubleTree, we wouldn’t be able to bring events like this here.”

Before Birmingham, other recent hosts have been Cape Cod, Massachusetts; Dearborn, Michigan; and Troy, Ohio.
Mayor Lloyd Winnecke said the event “reaffirms our effort to bring sports tourism to Evansville.”

The local Theatre On Ice team has been going to national competitions since 2012, and it captured fifth place last year at Cape Cod. It’s the first and only Theatre on Ice team in Indiana.

“It was our mission to make a name for Theater On Ice, not only in our region but right here in Evansville,” said Jill Plough, team manager and assistant coach.

Sands said he and others will attend this year’s national tournament in Birmingham in preparation for it coming to Evansville in 2017. 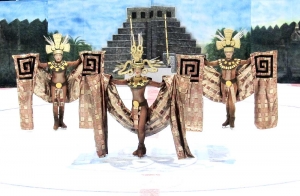 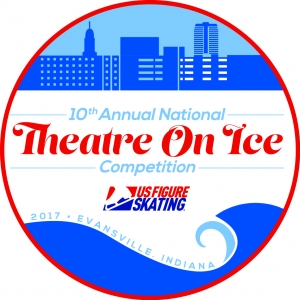